All Progressives Congress, APC, candidate for Ajeromi/Ifelodun Federal constituency, House of Representatives, Kolawole Taiwo, has been declared winner of the rerun election held on Saturday.

The Independent Electoral Commission INEC, in declaring Taiwo of the APC, as winner of the Ajeromi Ifelodun Federal House of Representatives rerun, the Returning Officer for the Constituency, Prof Mathew Ilori, from University of Lagos, made the declaration this at INEC Collation Centre in Ajeromi Ifelodun Local Government. According to Ilori, Taiwo emerged and returned elected with 36,115 votes to defeat Orji candidate of the PDP, who polled 32,557 votes. Earlier, there was mild drama when some voters in the area attacked journalists in some polling units during the Lagos supplementary election shouting, “we don’t want media in this place.” Some of its correspondents were nearly beaten up at Polling Unit 002, Turner Street in Ward 10, Mosafejo area of the constituency. “Don’t take our picture, we don’t want media. We will destroy your phone. We will punch out your eye,” the aggrieved voters shouted at the reporters. The police officers on election duty at the unit, who could not guarantee safety of the reporters had to tell them to leave the centre. Some elders at the unit also appealed to journalists to leave the area saying: “This place is delicate and very tensed”.

The journalists had to run for their lives by vacating the poling unit. However, it was gathered from one Mr Ganiyu Balogun, an APC agent at one of the units that the electoral officers and materials arrived early and voting commenced at exactly 8 a.m. “There is no rancour, everything is peaceful because we are one. We are expecting a large turnout,” Balogun said. Also, Adekunle Adebayo, the PDP agent said: “There is no problem as at now, we are okay with the turnout.” It was also recorded that voters’ turnout was impressive at PU 081 in Asibejo Street, PU 084 and 085 at Ashafa Street as well as PU 086 at Oguntokun Street, all in Ward 5, Tolu Area in Ajeromi- Ifelodun LGA.

The Lagos State Independent Electoral Commission, LASIEC, has declared the candidate of the APC, Kazeem Bello, as winner of the councillorship by-election held  yesterday, at Ward A, Obele/Oniwala in Surulere Local Government  Area of Lagos State. While announcing the result of the by-election, Olusola Ibikunle, the Returning Officer, declared Bello, as winner, having scored 793 votes while his only opponent, Abdulateef Bolaji Sanni, the candidate of PDP, scored 195 votes. There are 11,095 registered voters in the ward. Speaking to newsmen after monitoring the by-election, Olusegun Ayedun, an Electoral Commissioner of the Commission in charge of the zone where the by-election was conducted, expressed disappointment at the low voters’ turn-out, noting, however, that the development was a nation-wide problem which needed to be tackled. He, therefore, urged leaders of political parties to redouble their efforts in encouraging eligible registered members of the public to participate in the electoral process by casting their votes during elections, stressing that the commission was also working hard in this regard. Ayedun commended security personnel on election duty for “doing a good job”, adding that the conduct of the by-election was peaceful. Also addressing newsmen on the by-election, Sesan Ogundeko, the Permanent Secretary of the Commission, stated that the Commission adequately prepared for the by-election in terms of the training of the election personnel,  their deployment as well as in  terms of the deployment of  materials required for the exercise. Ogundeko had expressed the hope that with the level of preparation of the commission for the by-election, there would be at least 50 per cent voters turn-out by the end of the period of the by-election. Recall that following the death of the Councillor representing the area, Mr. Razak Bello, the Commission had, in compliance with the provisions of the law, issued a Notice of By-election and Election Guidelines during an interactive forum held with stakeholders on April 10. 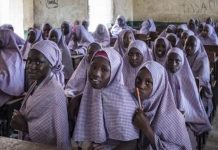 Only APC members will make my cabinet- Oyetola 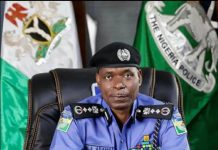 APC chieftain to 12 Edo Assembly: Present yourselves for inauguration Now