The House of Representatives on Thursday unveiled plans to investigate the $36.1 million and $1.5 million grant obtained to finance the operations of the office of the Auditor General of the Federation in the 2020 Appropriation Act.

The Chairman, House Committee on Public Accounts, Hon. Wole Oke, disclosed this in Abuja during the investigative hearing into the petition on underfunding of the oAuGF by the Budget Office of the Federation.

In his intervention, Hon. Mark Gbillah, who affirmed that the lawmakers are acquainted with the operations of global organisations and the World Bank processes to access the funds, argued: “It is disingenuous for your office, an arm of our government, to subject such an important agency to have to start to look for funding in form of a loan, which you say you considered that in allocating funds to them.

“So obviously, you do not allocate any more fund because you feel there’s a loan for them that can be accessed.

“I do not believe that is proper, and I think that fundamentally that is the issue.

“Since you are still saying that it was indicated in the MTEF, but not in the budget, is that what we should take to be the standard not the budget proposal?

“Because like you rightly pointed out now, when you bring the MTEF to the Parliament, you put this in a general explanation not in the specifics.

“But here you have specifically indicated that there is this amount at the disposal of the Auditor General for the Federation to use as a loan.

“Now we believe and this is in line with the appropriation that the amount should have been properly appropriated and captured in the Appropriation Act, specifically for the office.”

On his part, Deputy Chairman, House Committee on Public Accounts, Hon. Abdulkadir Abdullahi, who expressed displeasure over the tone of the letter from the Director General of Budget Office, alleged that his privilege was breached and urged the Committee to refer the letter to the Speaker for further legislative action.

According to Abdullahi: “I want to express ambivalent feeling.

“Ambivalent in the sense that on one hand the DG has availed us certain information that we are going to take it up this issue of loan and grant, which to our knowledge has not been disclosed in the budget, but which ought to have been disclosed and considered and even approved by the Parliament for them to legitimately utilise the fund

“Even though he has spoken about the tone of the letter of the DG, we have not addressed it enough.

“I come under Order 6 Rule 6, during a period when the House is not sitting and is not expected to meet for a further period of at least two weeks, a member may bring to the attention of the Speaker a matter of privilege.”

In his response, the DG of the Budget Office, Ben Akabueze, argued that the $36.1 million loan was part of the $125 million or N709 billion loan reflected in the fiscal framework, adding that all the Agencies that need the funds know about this and the access. 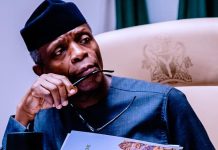 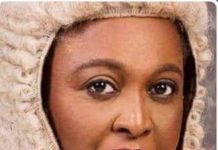 The Only Inviolate Silk Pharaohs Tombs Ever Discovered 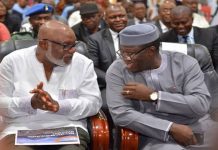 Coronavirus: Patients from Nigeria will be used for clinical trial –...